Since 1916, Theresia Hvor family has been active in the Swedish forging industry. Theresa grandfather Elof Ericson was selected to the President of the relatively new "Nyman's porcelain factories," later MEMA (metal manufactory). The company's beginnings were manufactured cutlery Brittania metal and was sold mostly to hardware stores. 1922 produced the first cutlery model in nickel silver, it came to be called "Läckö".

Theresia's father, Sven Eriksson Senior took over the company in 1944. During the war, he made besides cutlery even barbed wire fence and travel cutlery for soldiers in the field. After the war, the company was reconstructed and a new factory was built. Theresia worked during the period as a designer at the company and in 1967 she won the "Diamond International Award" for the first time, with a piece of jewelry she designed during the time on Mema.

While Theresia worked as a designer, her brother Sven Junior, started to become the company's next owner and CEO. He took over the company in 1971. During the same period Theresia chose to try something else and took employment at Alton in Falköping, Sweden. There she worked as a designer for some years. Already during her first year, she won her second "Diamond International Award". Shortly thereafter Theresia chose to return as a designer at Mema and that was when her popular collection "Water lily" (Näckrosen) saw days first light.

Mema was sold in 1979, but Theresia has alredy then started her studio Silverknappen in Lidköping´s oldest surviving building. The year was 1975. Theresia managed the company successfully for several years and by the time the store has become a studio with a imprinted self-designed and self-manufactured materials.

Theresa's oldest daughter, Tabita, who also grew up in the company, has since 2008 taken over responsibility and operation of Theresia Hvorslev and its studio Silverknappen. Tabitas creativity and versatility made her worthy the task and further bringing the artistic legacy of Theresia. Concurrently with Tabitas career in the restaurant industry and aesthetic education in the USA Tabita worked at Theresa side with jewelery design. With an incurable sense of quality and thanks to her creative side, she has created several successful collections, including "Stairway" and "Waterfall". Tabita has also a own niche where lost engagement clients receive assistance to give their future personal touches with uniqueness and quality design of their rings. Customers can also book an appointment with Tabita to rework old jewelry or get help to design a new, unique jewelry.

The future looks bright for the Hvorslev family. Tabitas two sons, Rasmus and Theodor have both an interest in design. Rasmus, who is the oldest is studying entrepreneurship and product development in textile and already during his studies worked to develop the "Theresia Hvorslev". 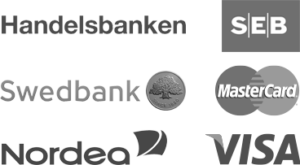